Funeral Plans as Part of an Estate 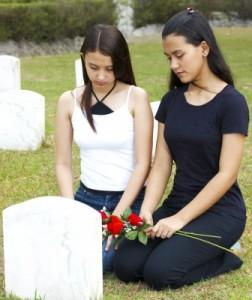 Part of estate planning invariably involves making plans for a funeral. Many estate plans involve the notion of a pre-paid funeral, but unless the specifics are laid out with the assistance of a qualified estate-planning attorney, a pre-paid funeral could end up being a “grave error,” at least according to AARP Magazine. In some cases, such as that of Mississippi resident Evie McComb, a person will purchase a pre-paid funeral, file away the paperwork without alerting his or her family to the decision, and after his or her death, the paperwork will not surface. As was the case with McComb, the surviving family ended up paying for what had already been paid. “Evie’s daughter, Johnnye Denman, presented the document to the funeral home and asked for a refund,” according to AARP Magazine. “Too late, they said.”

According to the National Funeral Directors Association and as reported in AARP, “the average price of a burial with vault is about $8,000.” That is a lot of money for your family to come up with upon your death, but it is a directive that can be included with other important money plans. According to a publication from Ohio State University, the costs of dying include a funeral, a gravestone and cemetery plot (or cremation costs), and any medical expenses that might be incurred if the person dies in a hospital. Your specific wishes for your funeral and where the money will come from to pay for it can be explicitly laid out in your estate plan, making a frustrating and sad scenario like McComb’s impossible.

One way to set up funeral plans in an estate plan, as the executive director of the Funeral Consumers Alliance Josh Slocum told AARP Magazine, is to set up a “payable upon death” bank account. “It will earn interest, be available for an emergency, and still provide financial support to your family when you pass away,” according to AARP.  However, payable on death accounts may create unintended consequences.

Determining how funeral costs will be covered is only one step in estate planning. Do not go through it alone. Contact an experienced Illinois estate-planning attorney today.