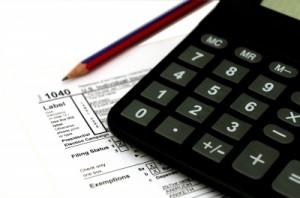 The end of 2012 saw a flurry of gifting in order to avoid proposed estate taxes by the government that was set to begin in 2013.  This was part of the fiscal cliff tax increases which also affected income taxes, payroll taxes and others.  Now that the rules are more settled after the enactment of the American Taxpayer Relief Act, it is a good time to plan your estate.

Now, the amount excluded from estate taxes is $5.25 million per person and can be doubled for couples to $10.5 million.  This is a limit that is set to be adjusted by inflation by $130,000.  A good estate plan can even limit taxes for amounts above that exemption by setting up trusts suited for your needs.   This is a lot more than the $1 million limit that was going to be law if the US government did nothing to stop the fiscal cliff.

There are also new tax limits for gifting to individuals, estate tax, and generation skipping transfers. Currently the highest rate for this tax is 40% which is a kind of compromise from the rate in 2012 to the initially proposed rate in 2013.  It increased from 35% in 2012 but is still less than the 55% rate after the expiration of Bush’s tax cuts.

Since these changes are more certain it is an opportunity to move money around to benefit from investments and other appreciating assets.  An estate planning lawyer will be able to review your current situation to make sure that gifting and trusts provide the most benefits to you and your family.  Contact an experienced estate planning attorney in DuPage County today to begin this important process.